Rams Shooting for the Stars 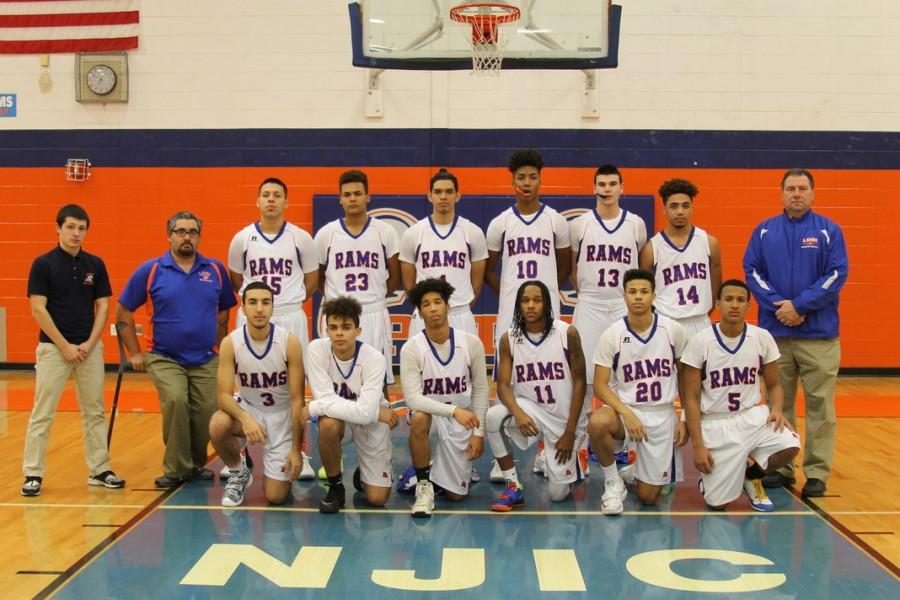 Defying all odds, the Lady Rams defeated North 13th Street Tech despite being the lower seed in the state tournament. With a score of 45-31, the Lady Rams have advanced to the second round where they will face Ridgefield Park. Championing the motto “Relentless and Determined” all season long, the Lady Rams have seen continued success throughout the entirety of the season, with their record of  12-12. Key players this season have been upperclassmen Liliann Vizcaino and Lila Reginald. When the Rampage sat down and spoke with Senior Liliann Vizcaino, she said, “I couldn’t be more proud to be on a team with these girls. Throughout the season we have become such a close-knit group that I am willing to do anything for them. That being said, the job isn’t done yet. The entire team is focused on the next game, which could be my last one ever as a Ram. We’re all fired up and ready to give it our all.” Great job on your success Lady Rams! The entire student body and faculty is proud of your accomplishments this season.

Two words to describe the Rams’ 41-39 loss to Whippany Park High School in the state tournament would be heartbreaking and unfortunate. Coming off a successful 11-11 season, the Rams were ready to make some noise in the state tournament. The Rams had a well-rounded effort in the loss, led by Sophomore Carlos Pepin, who had 12 points and a plethora of defensive and offensive rebounds. With 4.4 seconds on the clock and down by two points, Pepin’s shot, that would’ve sent the game into overtime, just fell short. As assistant coach Mr. Siconolfi stated, “This game was somewhat of a microcosm of what our season and the identity of this team is. We have a solid group of guys who play with so much passion and ambition, leaving everything on the court every single game. I’m so proud of them and feel grateful and honored to have been able to share this season with them.” When asked about whether he was disappointed about the way the season ended, he said, “It’s definitely tough knowing that the game was right there and it slipped away, but at the end of the day I can’t be disappointed in the effort and love for the game these guys showed. I’m looking forward to building from this experience with the team next year, and for the seniors, I know that they will be successful in whatever they choose to pursue in the future.” Some great words from the assistant coach indeed. From the Rampage staff, student body, and faculty: We all wish the seniors good luck in their future endeavors and congratulate the team and coaches on their great season.