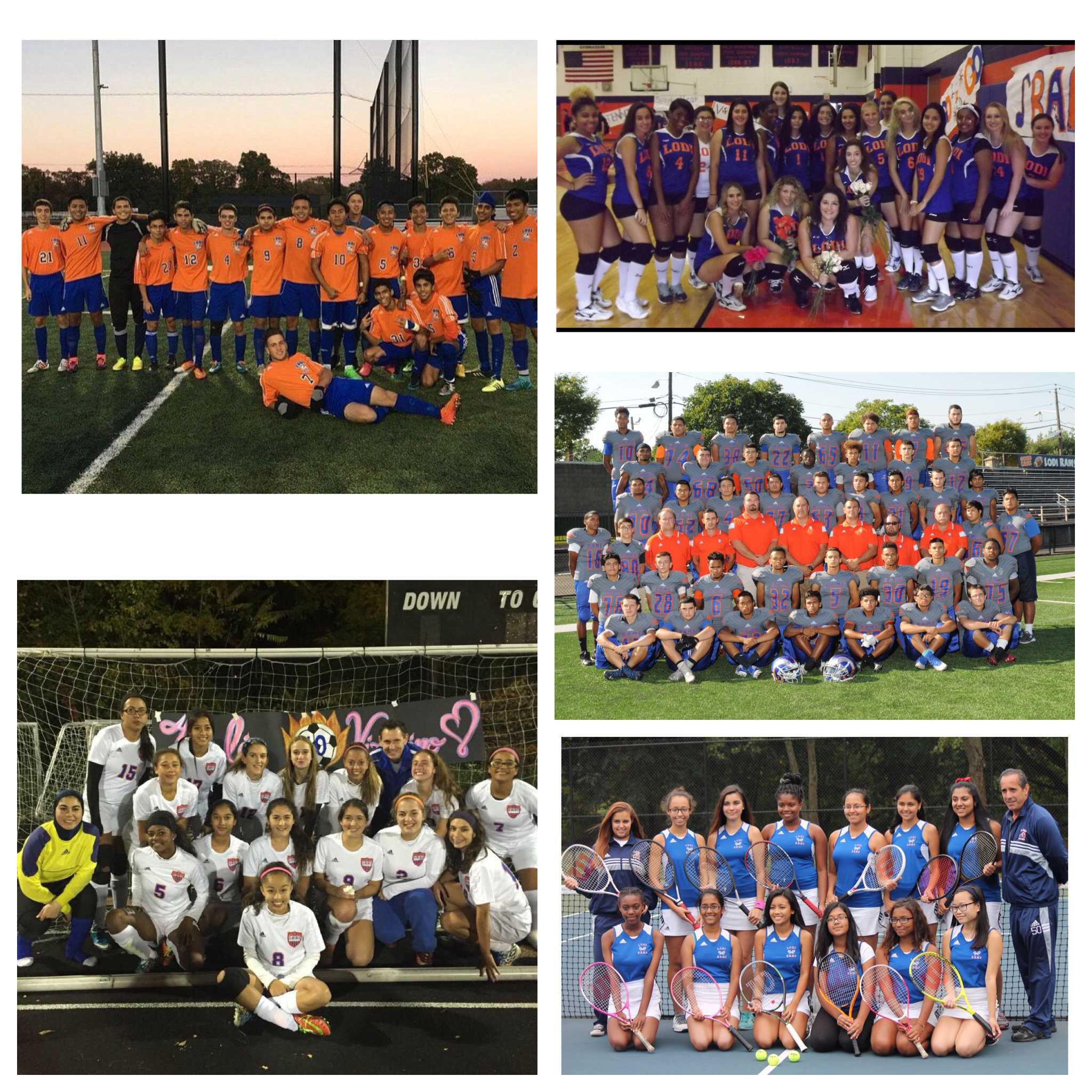 Don’t Cry Because It’s Over, Smile Because It Happened 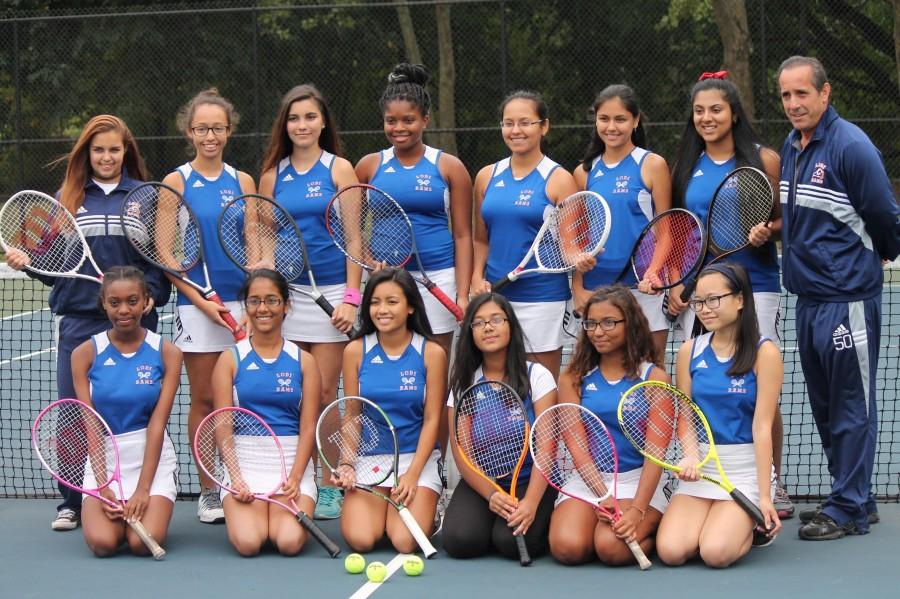 With the conclusion of the fall sports, there is a plethora of emotions felt from the freshmen, to the seniors, and even to the coaches. Although the seasons may have come to an end for your LHS fall sports, the memories created these last few months will last a lifetime. Keep reading to reflect upon and reminisce about some of the great moments from your LHS fall sports teams.

Rising above adversity was the motto for the Rams this season. Although they did not have the wins on the record to show for it (1-9), the Rams remained competitive throughout and showed pride on the field week in and week out. Senior quarterback and captain Steven Villa said, “A team of 28 kids who never played together and had the pride and heart to not quit and give it all they got each week? I’m a proud captain…” Heartfelt words from a very capable leader indeed. As for the other captains Jordan Jaloudi, George Fajardo, and Cole Villacis, they all reiterated the same common message, the heart and soul of this team is one that will lead to unprecedented success in the future. The willingness to give up personal needs for the betterment team is an attribute of the seniors that will hopefully inspire the underclassmen to do the same. This could be seen by Captain Steven Villa playing nearly every position on the field from Quarterback to Kicker or Captain Jordan Jaloudi coming off ACL surgery and giving 100% on every down. Along with them were unsung heros Mauricio Prieto, Mathew Palikodath, Niaz Chowdhury, and Michael Pantano, who did all the things to put the team in a position to be successful. However, with these seniors gone, the torch will be passed to the younger generations to continue showing ram pride on the field. Players on the rise who hope to step up next year as seniors are Dayshawn Cunningham, Guillerme Richil, Tyler Moravick, and Andrew Manjikian.

Led by a group of nine seniors, including captains Osama Mustafa and John Wagner, the boys ended the season 2-12-2. However, this record did not show for the countless hours of sacrifice and determination by every player. The boys maintained close games throughout the entire season, but were held up to two draws and some very slim losses. Nevertheless, the efforts of some players did not go unnoticed. Seniors, Damanveer Singh, John Wagner and junior Alexis Gonzalez were all awarded Second Team All League. Seniors, Alexis Aguilar and Osama Mustafa were awarded with Honorable Mention. Coach Sera introduced many players to new positions throughout the season and watched everyone adapt to a new location and new responsibility on the field. He shared that “The best part of the season is watching your players develop and improve.”  Coach Sera ended with some words of encouragement to his returning players for next season saying, “I’m looking forward to the opportunity to start again.”

The Lady Rams put forward a great effort this year and it showed with an overall record of 8-10 to end their season. Led by sole captain, Liliann Vizcaino, the Lady Rams faced some very heavy opposition with a fairly young team. Nonetheless, the girls were able to exert their dominance over teams such as Garfield and Manchester as well as hold up a fight against Hawthorne and Eastern Christian. Freshman Aliyah Williams had a spectacular start to her varsity career with 19 goals and five assists this season, highly deserving of the award of Second Team All League. Sophomore goalkeeper, Yasmin Elfeky recorded a total of 163 saves on top of a number of shutouts in her first year as a varsity keeper. Elfeky was also awarded Second Team All League. Behind such a determined group of girls was a great coach to match. Coach Noordeloos, Coach of the Year, led his team from the grueling parts of the early summer to the very stretch of October. Liliann Vizcaino said, “In two or twenty years, I will always bleed orange and blue. The Rams will always be a part of me and I only hope that my legacy stays in this school for years to come.” A great way to end four memorable years as a Rams soccer player.

The girls had a bit of a slow start to their season, but eventually picked up the momentum and even managed to beat the very tough opponents, the Elmwood Park Crusaders. However, like every year this season came with its fair share of sad moments. The team will be sad to see captain Caitlin Hessberger graduate and not return for another season. Coach Getrajdman stated, “Caitlin is a quiet and efficient captain who has a positive attitude and an unmatchable work ethic.” Nonetheless, the girls look to be in good shape come next September. The loss of five seniors, including two starters, should not hold the team back from prospering next season as the team was comprised of a large group of juniors this past season, including future captain Lila Reginald. Overall, both Coach Shibilski and Coach Getrajdman were impressed by the work the girls put in, the passion they showed, and look to come back even stronger next year.

Game, Set, Match! Another season of the Lady Rams tennis season is in the books. The record of 2-10 does not display the Lady Rams’ number one attribute: Resilience. With many underclassmen on the team and new combinations out on the courts, the Lady Rams continued to fight when they could have thrown in the towel. Senior player said of her team, “These girls are more than just my teammates, they are my sisters. Every match this season we did not play for ourselves, but instead for each other and our school. In the end, at least we have something that we know we can be proud of…” The Lady Rams may not have gotten as many wins as they would have liked, but their respect and admiration for one another and the game of tennis never dwindled. This season can be considered the stepping stool for much more success in the future.

While the fall sports season did not go as expected for a majority of the teams, the winter and spring sports look to bounce back, exert their dominance, and exemplify their sense of Lodi pride!