This pause in the action allowed for both sets of cheerleaders to take over. Juniors were coached by Gia Manno, Chloe Kowaleski, and Rachel Leto. Meanwhile, the seniors were coached by Hannah Arp and Maria Menendez. The juniors started off with a plethora of hitting the Quan and twerking. The crowd was animated and the cheerleaders were roaring as the juniors had pulled off an epic performance. However, there were bigger things to come. As the seniors huddled at center field, they were determined to leave it all on the field. With high flying and acrobatic stunts, the seniors did not fail to impress the crowd. Ultimately, the creativity and precision of the seniors gave them the edge over the juniors. As senior cheerleader George Fajardo says of them,  “We were 1-0, now we’re 2-0!”

As play resumed, the juniors showed their resilience in the second half and attempted to make a comeback. Touchdowns were scored by Nicolette Maggiore and Lila Reginald. However, as commentator Pat Tirico said, “The seniors are bending, but refuse to break.” In the end, Senior, Cheyanna Fuchs,  sealed the win with a final touchdown to end the game with a score of 30-18! The seniors walk away from Powderpuff with a victory and the bragging rights that come with it. Meanwhile, the juniors take the loss, but look to redeem themselves next year. 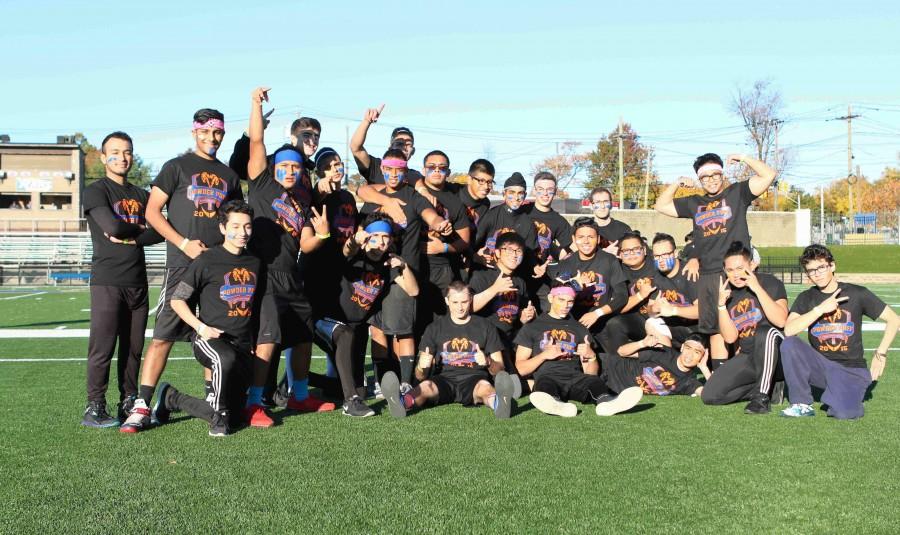