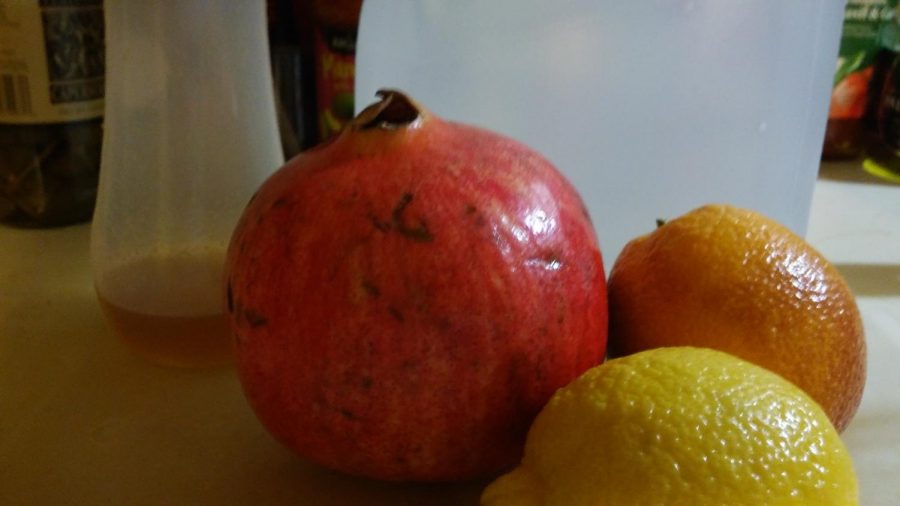 Welcome back to Unorganized Cooking, where today’s recipe is going to be a combination of pomegranate, blood orange, and lemon. As much as this might sound like a morbid name for this recipe, there’s definitely worse. For example

Morir Sonando (how do you even add special characters to this, such as the tilde?)

Drowned Baby (this is a pudding by the way)

Swedes (This is what rutabagas are called in other regions, but saying “peel the swede” somehow didn’t sound disturbing to whoever coined the term)

And the worst food title in my opinion to top it off: Mata Ninos (this is some hot dog looking sandwich but why that title?)

Now with that out of the way, here are the ingredients for Bleeding Citrus: 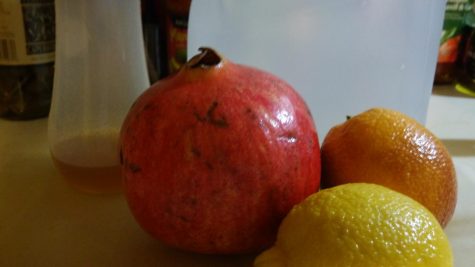 Mixing Time: 1hr. (If it took you as long as it took me to juice just the pomegranate)

With a paring knife, give the pomegranate an equator and open it in half, trying to cut as little seeds as possible. I’ve said this for the turnips and I’ll say it again for this, keep your fingers out of the way when it comes to this tool.
Next, cut a division out of your pomegranate and remove the arils.
Fill whatever this thing is with the arils. 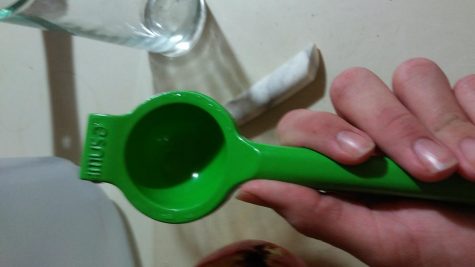 (Looked it up– this thing’s a lime squeezer.)
Just keep on squeezing the arils until you’re done with the pomegranate. Also, if you’re wondering what to do with the mushy brown arils, just dispose them or use it as compost –whichever sounds best. 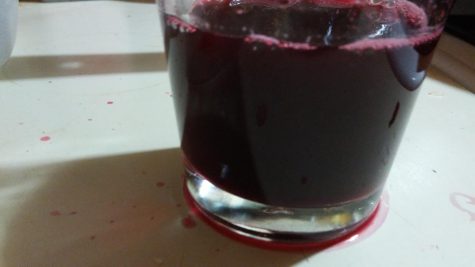 Next, cut the blood orange in half and remove any seeds. If this is your first time buying these fruits, the heavier it is for its small size, the juicier and redder it’ll be.
Since I failed in trying to squeeze this thing with the lime squeezer, just use your hands. If you don’t like pulp, just strain it. 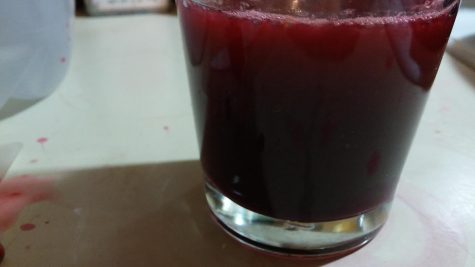 Do the same thing with the lemon.
Add 2-3 teaspoons of honey and stir. 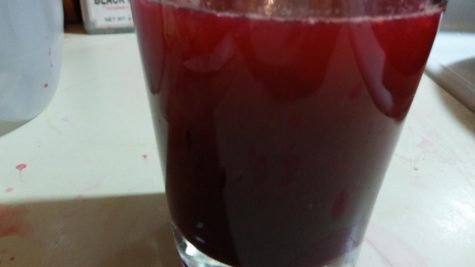 Fill the rest of the glass with water, but not all the way. It’s not that we’re adding anything extra, it’s just too much water would drown the flavor.

And, there you have it! That’s how to make Bleeding Citrus. Hopefully, you wore a dark shirt or maybe a matching color shirt for the pomegranate stage because I made the mistake of wearing white. Also, hope you didn’t accidentally give your counter a stained finish, unless you got one of those smooth stone counter tops then that should be the least of your concerns. Another note to add is, I’m not sure if it was my ADHD or the drink that got me really hyper, but in the case it was the drink, then maybe drink it slowly. 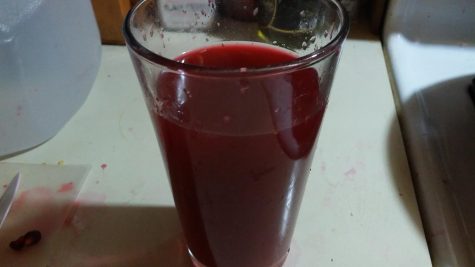