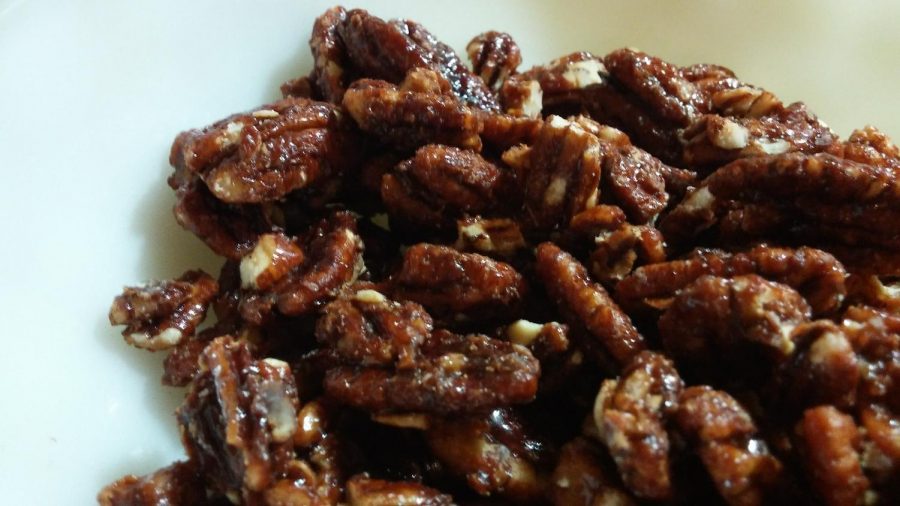 Since I don’t know how to roast pecans, I did the next best thing; Cook them in a saucepan. With Thanksgiving coming up as the next holiday, I decided to try to make caramelized pecans. Now, is this a clean and neat recipe to do? No. Did I nearly ruin my favorite saucepan? Yes. Is this healthy for you? I can assure you it’s not, but the amount of calories you burn having to stir an entire bag of pecans in a molasses like syrup of mostly sugar will make up for it. But then once again, I think we can tell that health is not my strong point, because last time an entire sugar brick was dropped into a pot. 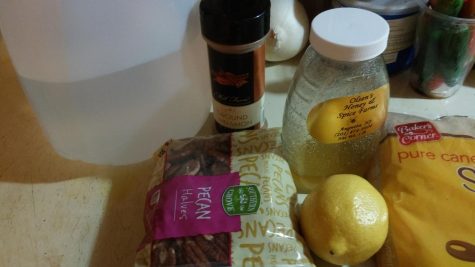 Also, by the way, I got my pecans at Aldi. I don’t know where ShopRite orders their’s from, but honestly, who is going to pay $12 for a small bucket?

In a medium sized saucepan, set the flame to medium heat and pour in 3/4 water
Add 4 – 5 tbsp of sugar and my computer’s about to die
Add two tsp of honey
Three shakes of grounded cinnamon
I made the mistake of using the whole lemon, so I suggest you used less than half the lemon. If you wonder what it’s for, it’s supposed to be like a base so it boils quicker.
Stir it all together until the liquid reaches a consistency similar to runny maple syrup 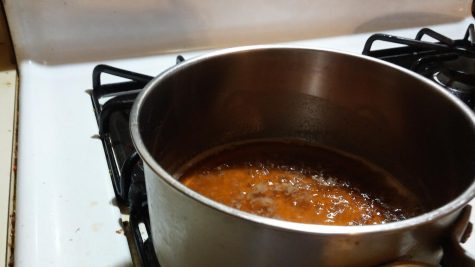 Honestly, I just poured the entire bag of pecans into the saucepan. Once you add all the pecans, stir for about 10 minutes to evenly coat them, then turn off the heat. 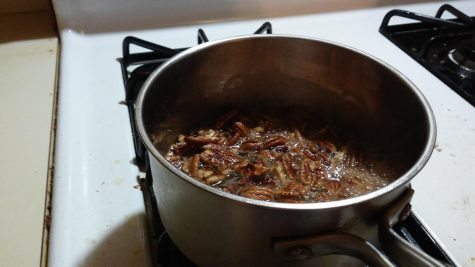 In another bowl, put the pecans into it and continue stirring. Last time I kept stirring it in the saucepan, it never solidified.
If you’re fortunate enough, because honestly, I’ve made multiple errors throughout the course of this diabetic abomination, the pecans should not stick together, but if they do, then simply and gently pull the pecans off of the cluster and put them in something that isn’t hot or warm. 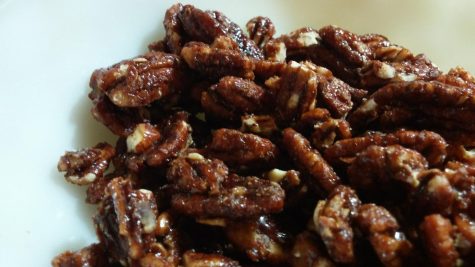 After you’ve finished with all the pecans, you can finally consume them. Also, that annoying red line is back again on step two, where it says tablespoons.

Well, there you have it. My saucepan is lucky it managed to survive such torment. Also, maybe share it with someone since it’s literally a pile of sugar with some pecans in it.