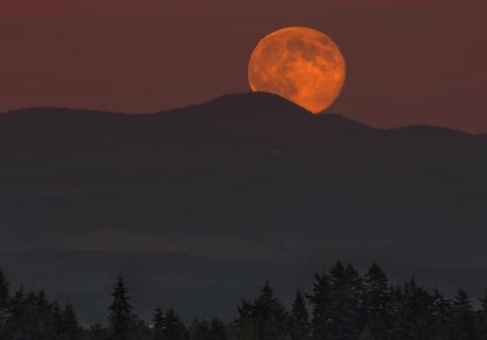 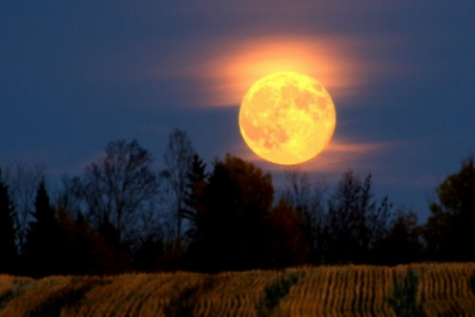 On the Sept. 13, the eastern hemisphere was greeted with a phenomenon, the Harvest Moon! What is a Harvest Moon you may ask? The Harvest Moon appears as a full moon with a specific yellowish-orange color to it. This special moon is known to appear during the beginning of the autumnal equinox or the start of of the fall season.

The origin of its name comes from the extra light it provides. When this moon rises, there is no dark period- meaning that as the sun sets, the moon is already in view (thus becoming orange). This proved to be useful during the harvesting season because farmers had extra time in the light to gather crops. Other names for this moon would include: the Wine Moon, the Singing Moon, the Gypsy Moon, or the Elk Call Moon. 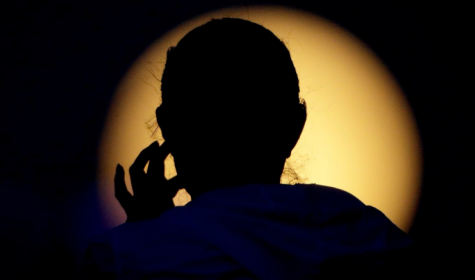 What makes this year’s Harvest Moon even MORE special is the fact that it happened on Friday the 13th, which will not happen again until just about 20 years from now! Such a rare occurrence brings up the question, “What does this mean for us?” Well, in this case, the Harvest Moon has always been considered a blessing as it marks the beginning of change and growth.

The moon is reminding people that the times of change is among us. For example, the new school year comes with the new fall season; here, students, teachers, and everyone is adjusting to new life changes. Whether it be adjusting to the new workload or trying to decide which colleges to apply to, these moments bring along plenty of stress.

Just like the moon, we as people go through many phases. We rise and fall and tend to allow ourselves to get too caught up with responsibilities. Sometimes, it’s best to b r e a t h e it out. Look up at the sky every once in a while because you never know what might be harvesting/manifesting in your path!

Check out these sources for more information: